Al Reem Village Hotel, Al Jubail, Saudi Arabia, is a five-star hotel located in the Eastern Province, the largest province in the Kingdom of Saudi Arabia. Al Jubail, meanwhile, is an Arabian Gulf port city built on (and now encompassing) the old town of Jubail Balad. Jubail City is the largest industrial city in the world.

Al Reem Village Hotel Jubail has 407 guest rooms. If you are simply passing through Al Jubail or staying a few nights on business, one of the standard, deluxe or executive suite rooms should be more than adequate for your accommodation needs. If you are with family or are in Jubail for leisure — perhaps you just want the luxury of space — the hotel also has penthouses, studios, and one-, two- and three-bedroom detached villas.

Al Reem Village Hotel has all the amenities to satisfy guests visiting Al Jubail for business or pleasure. It has a swimming pool, a fitness centre, a tennis court, a family theatre, function rooms, and a business centre. The hotel is also close to the beach. It is but a short drive away to Al Nakheel Beach or Fanateer Beach. You may also drive to the East Coast Walkway or Corniche Jubail to enjoy breathtaking views of the Gulf.

Although there are many restaurants in Jubail, you don’t have to leave the hotel to satisfy your food cravings. There are five dining outlets on site: the buffet restaurant Elements, the Italian restaurant Tutto Bello, the American diner-inspired Chuck’s, the business lounge/cafe Blends The Club, and the Pool Bar.

Stayed here in 2020 when working in Saudi, I rented a lovely apartment, it was during the pandemic and staff and management did all they could to keep us all safe. I enjoyed my time there and would recommend the compound life

As some other reviews said, it's not really a 5 star hotel. At some points the service is great and at others it's only a vineer of service. The room showed wear. They should at least change the carpet, do some heavy cleaning and maintenance. The bed was clean but the carpet, couch and desk chair were all stained. There was no fruit in the bathroom but there were fruit flies. I killed at least 10 or 12 in my four nights but there were still more left. One of the bedside lamps no longer had its rotating switch, so I had to unplug it to turn it off. I had to unplug the other bedside lamp because when turned off, one of the bulbs was still partially illuminated. One of the sliding closet doors was damaged, causing deep scratches, and wouldn't open far enough to use some of the drawers inside. The breakfast service was very good. There was a lot of variety and omelets made to order. The driver service was good and he waited for me at the airport. The front desk was very helpful day-to-day and printed a few papers for me. It did cause me some anxiety though. My flight into Doha was late and I had to take a later flight to Dammam. I called the hotel from Doha to let them know but they didn't pick up and I emailed but received no response. I didn't know whether the driver would still be there or not. I found the driver, who did not receive any update from the hotel desk, was still there due to their policy of waiting for up to three hours. Answer the desk phone and communicate. Technology was another problem. The Wifi credentials given at check-in didn't work. There are QR codes for two menus in the room. One was Italian cuisine, the other hamburgers and tacos. The .pdf quality for one menu was very bad. You could make out the names and almost all the prices, but not the descriptions. - The restaurant staff can't tell you either. I tried ordering from one of the room menus and was told that was out-of-date. If it's out-of-date, why is it in the room? There are QR codes for the two menus in the restaurant, again one of these is only partially legible. To further the confusion there's a third menu on the website with more traditional middle eastern food. The restaurant food was plain and bland, but that's normal. The lasagna was sub par. It's mostly mozzarella cheese, there was only one or two layers of noodles, no ricotta. Restaurant service was lacking. As mentioned above, they can't describe anything in the menu. They didn't come back until my plate and drink were empty and then they just rang up the bill without asking me anything. Most restaurant service outside the US is rather "hands off" but I should at least be asked if I want anything else before handing me the bill. The hotel complex is surrounded by a 15 foot wall and is not within walking distance of anything you'd want to walk to. Jubail city is a few miles away. Most of their problems can be addressed with some care and maintenance. Clean or replace stained carpet/furniture Fix or replace broken items in the room. The QR menus should be accurate and legible. The restaurant staff should know their menus. Some of this could be due to the language barrier. To reduce confusion, don't have three or four different menus. Make sure the Wifi works. Answer the desk phone.

Good place for conferences and presentations. The staffs are very courteous and helpful. The restaurant was also good for dining with friends and colleagues.

I stayed there for 4 nights. Hotel is amazing with everything top notch. Services are quick. Interior is nice too. Highlight is their breakfast buffet and swimming pool. The menu is inclusive of sea food and non dairy milk etc. staff is very well behaved. Overall calming ambiance and very safe. Cafes present are average in taste. Plenty of parking available. Jogging track is present too. Both indoor and outdoor activities are available like cinema, gym etc. Hotel is well cleaned and overall very nice experience.
Showing 1 - 5 of 12 total
Travel Tips 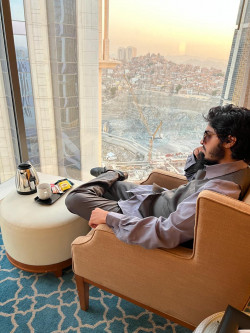 Al Reem village is a 5 star hotel in jubail. It's 6 km from the Corniche Jubail on the Gulf Coast. Hotels offer free Wi-Fi, flat-screen TVs and minifridges. Some feature balconies. Upgraded rooms add whirlpool tubs and/or separate sitting areas. Nice rooms, quiet place & good for relaxing after a full working day. Services are quick. Interior is nice too. Highlight is their breakfast buffet and swimming pool. The menu is inclusive of seafood. Plenty of parking available. Jogging track is present too. Both indoor and outdoor activities are available like basketball, gym etc. Other amenities include gym, cafe, mosque, swimming pool etc
Write an answer
Close
Showing 1 - 1 of 1 total
Suggest an edit

Stay up to date with our latest news and products.